I started this post a couple of weeks ago but then life got in the way.  I did actually make the I heart Joanie forever dress in time for the Mad Men challenge but have only now just got round to taking proper snaps.  John Lennon is right - life is what happens when you are busy making plans.  Especially when those plans are to blog regularly whoops.

I trust you are all well and  have been making the most of the March madness i.e. the fact it's been 22 degrees!  I myself have just returned from a short sojourn to the home of the Demeanours senior - my folks.  They were off slooshing down the slopes and I was left in charge of my hairy brothers and sister.  Macey, Toby and Buster or the mad dogs that make the title of this post. 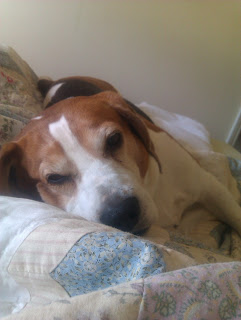 In between taking care of them, running the Demeanours senior household and looking after my niece and nephew I managed to find time just about to start sewing my dress for the Julia Bobbin's Mad Men Challenge.  I took full advantage of the mini heatwave we were having by moving my office outside much to the shock of the neighbours who were very surprised when they leaned over the fence to see a woman in a bikini and a turban using a sewing machine.  I think to be honest the fact I was sewing shocked them more than my state of undress. 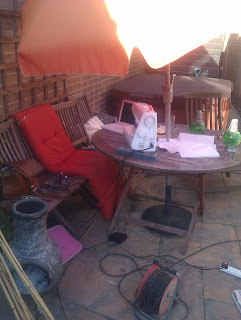 My alfresco office - best decision I made this year

As I previously blogged I decided that the Mad Men character I wanted to emulate had to be Joan because she's a curvy gal like me and she hearts the wiggle shape as much as I do.  The dress below was the one I was working towards and I used New Look 6643 and some amazingly luxurious fuschia pink cotton silk that was £4.50 a metre from Goldhawk Road.  I can't even tell you how much I now love this pattern and intend to make many, many wiggles using it.  It was a joy to sew and very adaptable. 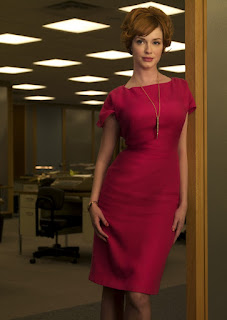 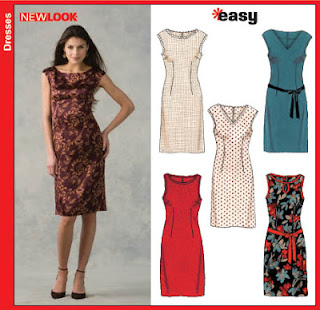 To begin with I had to make the now what appears to be standard alteration for me of moving the bust point down 2.5cm.  I also decided to taper the skirt in quite fiercely to give me a wiggle that Joan would be proud of.  I can say now in my next make I wouldn't taper as much as I did because this dress is tighter than a lover's grip and I had a going concern something would pop if I didn't bend like a lady.  I therefore reinforced the seams to make sure ;-)  This pattern also only had a slight cap sleeve and I wanted to have more coverage so I copied the sleeve from the Colette Sencha and added it to the pattern and it worked - result! 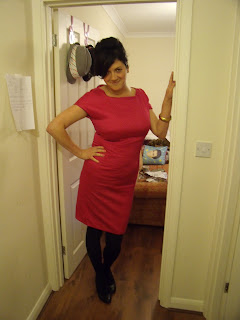 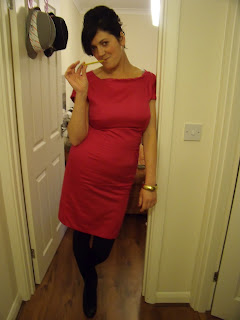 You want me to take something down... 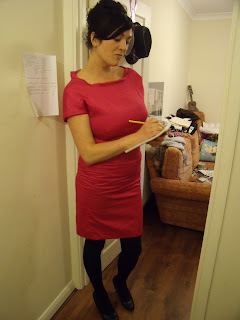 Oh you literally do want me to take a note hmmm... 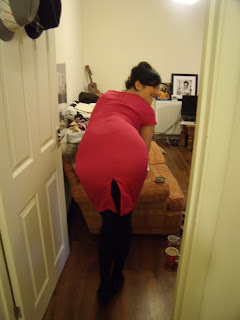 Whoops I've gone and dropped my notepad! - The obligatory Joan from behind pose ;-)

So there you have it my latest make and I love, love her even though I have to be careful about bending down!  She's actually had a couple of outings since being made once to intend the launch of Super+Super HQ an amazing craft cooperative in Brighton (I urge you get down there it's an ace place) with the lovely Zoe who was debuting her super hero dress that was so strong it nearly blew me off my heels :) 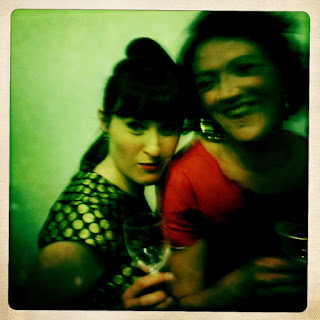 Zoe and I proving new frocks and wine = joy 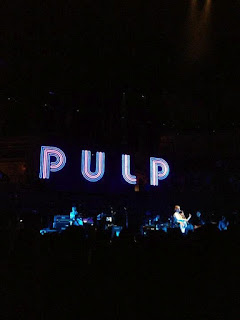 Firstly though she was worn to go see Pulp at the Royal Albert Hall.  You may have guessed from my previous blogging that I love the ass off of this band and in particular their long legged lead singer, Jarvis.  When news of them reforming reached me last year I literally burst into tears of joy.  Anywho fast forward to the beginning of this year and I decided to say thank you to Mr Cocker through the medium of crochet. 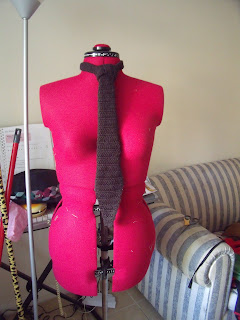 The tie I made him as blogged about here.

I was originally just going to send the tie but then speaking to friends made me think that I should pop a note in.  As is often the case with me I didn't know what to say and then just before I was due to send the package I had flash of creativity and I wrote him a poem. 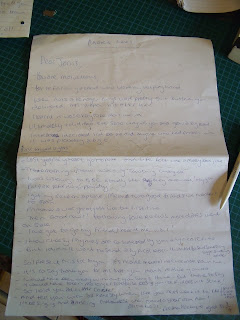 A note of thanks written on the back of the crochet pattern.

Here it is for you to have read if you care to.

A note of thanks

For reforming a band who were my helping hand.

When I was a teenager things were pretty shit,

but then you delivered mis-shapen hit after hit.

I learnt it was okay to be bit weird,

ultimately I didn't go the same way as you and grow a big beard.

Instead I decided I would just be me,

and anyone who had a problem with it was obviously a big C!

Fast forward a bit to last year when my heart got broke,

Then one morning without warning something changed.

I was listening to BBC6 loudly,

when Huey announced, "Hey y'all Pulp are reforming", proudly.

I got myself on a plane,

me and two good friends we made it to Spain.

"I've got to go" my friends heard me wail.

I know cheesy rhymes are considered by you a lyrical crime.

But I didn't want to write a typical letter,

So I present this tie to you,

it's made of wool in a chocolate brown hue.

It's to say thank you,

for all that you don't realise you do.

I would have been okay without your songs I think,

But I reckon it would have taken me a lot longer to realise being yourself doesn't stink!

So Mr Cocker I bid you adieu.

And I can tell you with all honesty when I see you next week at the RAH (pronounce it raaaa for the rhyme),

I'll be singing and dancing the loudest when you do your Ooh Aah!

The best thing ever is although my friends and I couldn't prove conclusively we are pretty damn sure from where we were standing by the stage he was indeed wearing the tie that night and he played my favourite track Mis-Shapes two songs in!

I do have another music related outfit to blog  - the Purple Rain playsuit but to mention Prince and Jarvis in one post would just be too powerful ;-)

Until next time remember even if you're a bit lanky or generally a bit left of the middle you're fabulous.

Written whilst listening to: Different Class by Pulp

Posted by Rehanon Mackenzie at 18:49